Orchestra New England gave a very successful world premiere performance of Russo's Second Symphony. The performance was given at Battell Chapel in New Haven on Saturday, March 23, 2013 with James Sinclair conducting..   Russo performed in the bass section for this performance.

Here are some photos of the evening: 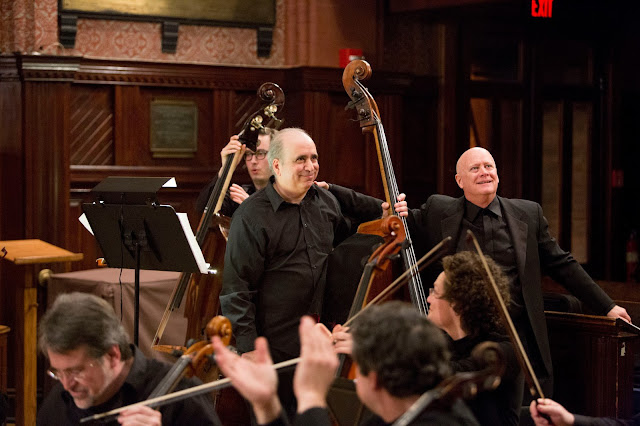 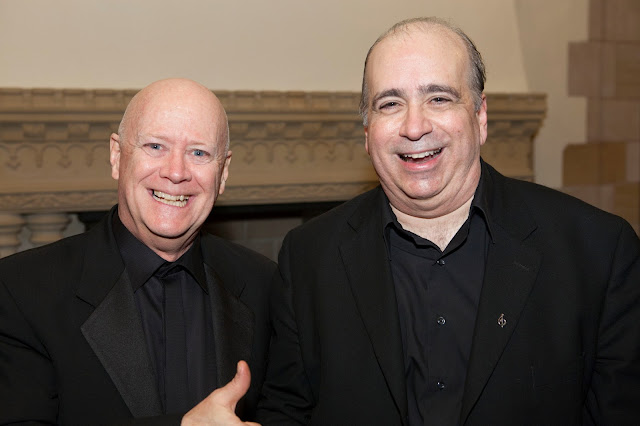 Both photos show Joseph Russo with conductor and long time friend James Sinclair after the first performance of Russo's Second Symphony.
at March 24, 2013